The Sue Beeton Achievement Award (SBAA) was established by the Board of TTRA Asia-Pacific Chapter in 2016 to honor the vision, commitment and leadership of Prof. Sue Beeton in the founding and enduring success of the Chapter. 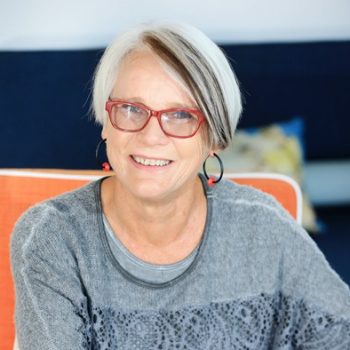 The SBAA is awarded to the person (or persons) who have made an outstanding contribution to the past, present and future success of the Chapter and the internationalization of TTRA.

Recipients of the SBAA are selected by and Sue Beeton along with past recipients. The SBAA is only awarded in those years when there is a candidate (or candidates) deserving such recognition. 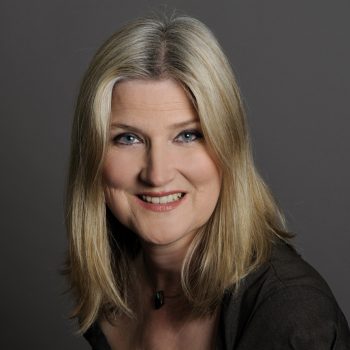 When our founder, Dr Sue Beeton, was looking to set up the APac Chapter, she needed to find a mix of people who understood what TTRA really is, and how diverse we are in terms of the research groups who are our members. A person was recommended to Sue by other TTRA leaders who had worked with her, so even though they had never met, Sue approached Carolyn Childs.

Sue could not have asked for a greater supporter, and Carolyn went on to follow her as the Second President of the Chapter. Carolyn has remained committed to TTRA, both at the chapter and international level, and played a major role in the programming for our first ever international conference in the Asia-Pacific region last year – TTRA’s 50th Annual Conference.

As Immediate Past President, Carolyn continues to support the Chapter during this very strange and difficult year through offering her webinar hosting services and moderating the Post-COVID Conversations series.

This decision was not only Sue’s, the committee of all previous award recipients agreeing unanimously. 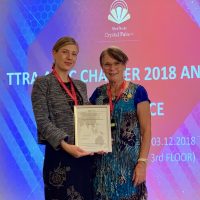 Dr Madelene Blaer is one of our Emerging Leaders both in TTRA and her professional academic career. She first became involved in TTRA volunteering at the Chapter Conference in Melbourne in 2014 and took on the role of Treasurer in 2016. She delivered our first ever Budget and has embraced the intricacies of financial management. She was acknowledged this year for her contribution as Treasurer with the 2018 Commonwealth Bank Not for Profit Treasurer’s Award Certificate of Appreciation. In fact, Maddy has taken on everything she has been asked to do and more with grace and enthusiasm, demonstrating her passion for TTRA, both at the Chapter and International level. Having such leaders emerge through the Chapter is central to our mission, and we are thrilled to have her with us. 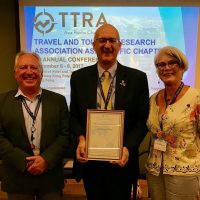 Professor Hobson has made an outstanding contribution to the early days of the Chapter, not least his support for the decision to establish the Asia-Pacific Chapter itself. This support led on to Chairing and hosting the inaugural Chapter conference in 2012. He served on the Board until December 2017 and was the first Chapter Vice President.

Without Perry’s passion, experience, professionalism, and support, the APac chapter would not be where it is today. 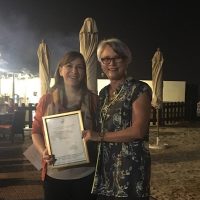 “Our Chapter is run entirely by volunteers, so we often need professional support from a dedicated team. Consequently, those who provide us with this support are critical to our success.

One person has gone above and beyond the call of duty in this regard ever since I began to seriously consider founding TTRA APac. Regardless of the time of day or night, she has always responded promptly and supportively to our many requests and seamlessly integrated our needs into that of TTRA overall.

As a chapter, we don’t pay any of her salary, but reap the benefits of her experience and passion. Late night/early morning calls and responses to our many requests, large and small, has supported us more than she would realize and gives us a direct link into the organization as a whole.

Until Treeline came on board, I was not prepared to even consider starting this Chapter as we needed people who could take a long-term perspective in an organization which progresses its Executive annually. While setting up the Chapter, I worked with four different Presidents, but only one Executive Director!

If you haven’t already guessed the winner of the inaugural Sue Beeton Achievement Award was Kathy Palmer, Executive Director of TTRA.