Home » About TTRA » History of TTRA 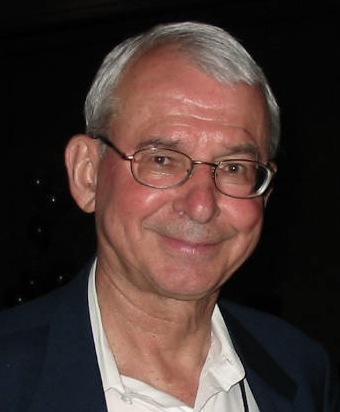 The Travel and Tourism Research Association (TTRA) was founded in 1970 as the result of an affiliation of two existing organizations: the Travel Research Association (TRA) and the Western Council for Travel Research (WCTR). TRA was established in 1956, with Norm Johnson of the New York Port Authority as president. TRA was based mainly in New York City and functioned as a travel marketing /research group, meeting at monthly luncheons and usually holding an annual conference.

The Western Council for Travel Research was based in the western United States and, at the time of the merger discussions, was informally headquartered in Salt Lake City. WCTR held an annual conference, usually a 3-1/2 day meeting, with published proceedings and a quarterly newsletter. Other tourism publications were also in place, such as Travel Trends in the United States and the Bibliography of Travel Research. WCTR was organized in 1959, and Dr. Osmond L. Harline of the University of Utah was the first president.

Membership in TRA was primarily industry people in the east with most from New York and Washington D. C. Membership totaled about 150. WCTR was composed of directors of university bureaus of economic and business research, state highway directors, state travel offices, and other users and producers of travel research. The tourism industry had just begun to show an interest in this travel research organization with various sectors asking to be members. WCTR’s membership likewise numbered about 150. Also, the Canadian travel industry had shown a decided interest in WCTR with a number of members, a WCTR president, and Canadian board members.

After the decision to become one organization, the selection of a name was difficult. Much discussion took place as the eastern group name, Travel Research Association, seemed to be perfect, but something different was needed. After much discussion, founders chose The Travel Research Association (TTRA) as the name of the new organization. Two councils functioned under the TTRA name— ECTR for the eastern group and WCTR for the western group. To be a TTRA member, an individual joined one of the councils, which was awkward as people simply wanted to join TTRA. Salt Lake City, Utah, was selected as the headquarters, with Mari Lou Wood as the secretary-treasurer. Housed in the Bureau of Economic and Business Research at the University of Utah, the newly created organization began a stay that would last 23 years.

After a period of operating as two councils under the TTRA banner, it became clear that the organization needed to become one in name, purpose, activities, publications, membership, and so forth, and truly merge. This happened at the 1971 conference when the two councils transferred all assets into the TTRA common base. The ECTR group elected to continue with its luncheon functions and became the New York Chapter of TTRA. At the same time, the Canadian members began discussing the possibility of forming a Canada chapter, which they did. Many of the active members on the west coast, in the Los Angeles and San Francisco areas, also began discussing becoming chapters. In 1972, the merging of the two organizations was complete, with TTRA operating as one organization. The name was changed to the Travel and Tourism Research Association.

In addition to hundreds of individuals who gave so much time and effort to create TTRA, two universities (the University of Utah and the University of Colorado). played an important part in TTRA’s origin, history, and success.

The vision of TTRA is to be the leading organization supporting the global community of practitioners, educators, and users of research engaged in transforming, sharing and applying tourism research knowledge and practice worldwide.

The mission of TTRA is to: (1) act as the leading professional organization of providers and users of travel and tourism research, (2) serve as a primary resource to the industry, (3) advocate standards for research and analysis, (4) promote training and education of professionals, (5) promote quality travel and tourism research and marketing information, and (6) be member-centric.

TTRA facilitates access to numerous sources of information to support research efforts; educates members in research, marketing, and planning skills through publications, conferences, and networking; encourages professional development and recognizes research and marketing excellence through its awards program; creates opportunities to interact with your peers throughout the industry; fosters development of travel and tourism research and related curricula in institutes of higher education; promotes the development and application of professional research in the travel and tourism industry.

TTRA is a nonprofit professional organization of providers and users of travel and tourism research. International in scope, TTRA advances the quality, value, and use of travel and tourism marketing, planning, and development. TTRA is incorporated under the laws of the State of Michigan and operates under a set of bylaws.

Throughout its 50 years, TTRA has operated with officers, a Board of Directors, and a management company. Under the direction of the Officers and Board, TTRA is managed by Treeline Associates, Lapeer, Michigan.

While TTRA is an international organization, it has recognized there is a great benefit to belonging to a more regional organization whose focus is centered on topics which affect a specific region. To address this member need, TTRA offers regional chapters. Membership in TTRA International is a requirement of chapter membership. The following regions have an available chapter.

A new chapter in the NorthEast USA is in the process of being chartered.

TTRA is unique. No other international organization of this magnitude offers (1) access to a unique membership combination of academics, practitioners, vendors; (2) exclusive networking opportunities among these groups that result in; (3) mutually beneficial business relationships and collaboration.

Over the years TTRA has been innovative. In the early years, TTRA and the University of Colorado created the Travel Reference Center (TRC). TTRA’s Travel Reference Center contained the largest collection of travel, tourism, and recreation research studies available in one place in the United States. The complete catalog of this library could be accessed by a computer. With 973 descriptors searches could be made of this data by visitors and the TRC’s research staff. After many years of serving the travel industry, the Internet came along and rendered the TRC obsolete. TTRA moved on to support other activities.

The Handbook on Accountability Research is another TTRA success story. As a part of its commitment to increasing the quality, value effectiveness, and use of research in the travel industry, TTRA played an integral part in the compilation of this U.S. Department of Commerce handbook. It represents a collaboration of both producers and users of marketing information in the tourism field—all of whom were TTRA members.

The State Provincial Research Network LISTSERV is a gift to the travel research industry from TTRA. Its aim is to facilitate real-time dialogue on issues of importance to the state, provincial, and destination travel office researchers. Additionally, the forum is open to those who are involved in tourism research at an international or local level. Membership in the LISTSERV is not automatic; however, accessing the LISTSERV archives is a TTRA member benefit and provides a powerful tool for tourism research information.

The TTRA awards program was developed to encourage and recognize excellence in travel and tourism research and marketing. Entrants are judged on quality, creativity, usefulness, results, and benefits to the travel and tourism industry. Winners are announced at the TTRA annual conference or at the annual Marketing Outlook Forum.

TTRA’s website (www.ttra.com) has everything you want to know about TTRA. The site includes information about membership, conferences, publications, chapters, webinars, lifetime achievement award winners, and so forth.

Another success story for TTRA was taking over the Marketing Outlook Forum from the U.S. Travel Association and presenting an annual global forecast for the travel industry.

TTRA holds an annual conference each year. The following are the meeting locations by year:

It is scheduled to be held in Fort Worth, Texas in 2020 and Victoria, British Columbia, Canada in 2021.

Publications that are totally produced by TTRA are its annual conference proceedings and the members’ newsletter. These contain a wealth of information. From 1989 to 1993 TTRA held a Travel Review Conference and published proceedings of those conferences. Finally, TTRA is publishing the proceedings of its newest product, the Marketing Outlook Forum as the Outlook for Travel for the coming year.

TTRA has a very bright future because of its dedicated members who volunteer to achieve the association’s goals. Its outstanding Officers/Board of Directors and excellent experienced management company make a team that delivers value and benefits to the membership. The academic/practitioner membership mix is a strength of TTRA. An increasing number of chapters reflects the growing international aspect of TTRA. The addition of a new product, the previously mentioned Marketing Outlook Forum, has TTRA well positioned for growth and a bright future.