With gubernatorial races in 36 states and three territories this fall, state tourism boards “increasingly face pressure to justify higher spending, or in some cases even their existence,” reports Skift.

State general fund spending for enacted FY 2018 budgets is up only 2.3 percent from FY 2017 — the slowest growth rate since fiscal 2010—and that has a direct effect on state tourism budgets.

Airlines Reporting Corp. reported today that travelers flying during the summer months can expect to pay slightly less than last year. This drop mirrors what ARC sees as a larger trend in average ticket prices, posted monthly on the company’s website. Travel sold to the top 10 destinations by U.S. travel agencies is up from 2017, showing continued strong demand for air tickets in the U.S. Like 2016 and 2017, ticket sales to Cancun continue to be the top seller this summer.

Other summer hot spots are on the rise for U.S. air travelers this summer. Ten percent more travelers will fly to Punta Cana as compared to the same period last year while Honolulu will see a 14 percent increase. Air travel to Orlando and Seattle increased eight percent year over year. New York and Los Angeles will also see a four percent increase in air travel, while air travel to Las Vegas is down eight percent although it still ranks in the top ten.

The Leadership of the Travel and Tourism Research Association wishes you a merry & bright holiday season and happiness, good health & prosperity in your new year! 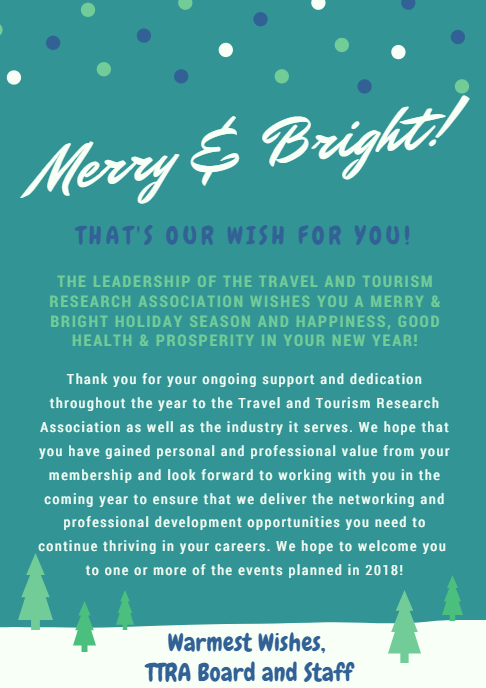