WTTC’s annual Economic Impact Research, released today, shows Travel & Tourism was responsible for the creation of 7 million new jobs worldwide. The report also shows that 2017 was a bumper year for the global Travel & Tourism sector, which grew at 4.6%, 50% faster than the global economy as a whole (3% growth during 2017).

Gloria Guevara, WTTC President & CEO said, “Travel & Tourism creates jobs, drives economic growth and helps build better societies. Our research shows that our sector was responsible for the creation of one in five of all jobs globally. In the last few years, Governments around the world are realizing the extraordinary benefits of tourism and I congratulate them for taking steps to maximize our sector’s potential.”

For the seventh consecutive year, the Travel & Tourism sector has outperformed the global economy and in 2017 was the fastest growing broad economic sector globally, showing stronger growth than all sectors including manufacturing (4.2%), retail and wholesale (3.4%), agriculture, forestry and fisheries (2.6%) and financial services (2.5%).

In 2017, Travel & Tourism’s direct, indirect and induced impact accounted for:

Ms. Guevara continued, “2017 was the best year on record for the Travel & Tourism sector. We have seen increased spending as a result of growing consumer confidence, both domestically and internationally, recovery in markets in North Africa and Europe previously impacted by terrorism and continued outbound growth from China and India. This is great news for the millions of people who depend on our sector for their livelihoods.”

Highlights from around the world include:

Forecasts for 2018 suggest that growth will continue, albeit at a slower rate than in 2017 as a result of higher oil prices.

Ms. Guevara added, “As our sector continues to become more important both as a generator of GDP and jobs, our key challenge will be ensuring this growth is sustainable and inclusive. Going forward we need to ensure that growth is planned for, well managed and includes partnerships between not only the public and private sectors but also includes communities themselves. There is a huge potential for governments to capitalize on the opportunities Travel & Tourism brings to create new jobs, especially in those economies where many jobs in other sectors are under threat from automation. Travel & Tourism is the best partner for governments to create jobs.”

The total contribution of Travel & Tourism to the Canadian economy in 2017 was CAD$138.8 billion, once all the direct, indirect and induced benefits were taken into account. This represented a rise of 4.5% against growth of 3% for the wider economy.

Other highlights of the report released today show:

Gloria Guevara, President & CEO, WTTC, said “Travel & Tourism creates jobs, drives economic growth and helps build better societies. This is particularly the case in Canada where the Government must be congratulated for its recent adoption of its ETA electronic visa program which have helped to increase international visitor numbers and enhance border security.

“Globally, 2017 was one of the strongest years of GDP growth in a decade. Our sector now supports one in ten jobs on the planet and contributes 10% of global GDP. Over the past ten years, one in five of all jobs created across the world has been in the sector and, with the right support from Governments, nearly 100 million new jobs could be created over the decade ahead.”

The latest report (Winter 2018 | Vol. 27) of findings from Destination Analysts’ 12-year study of American travel trends and behaviors can be accessed HERE.

With a global environment of rapid change and innovation, it is no surprise that consumer’s lifestyles are adapting. What are the five megatrends shaping how consumers prepare their meals, travel, react to economic shifts, save and spend money, change and adapt digital habits and ethical living?

Oh, smaller towns and cities, how we love you. You offer us an escape from the buzz of traffic, buildings that block out the sunset, and hectic, high-speed attitudes. And don’t even get us started on your killer charm and good looks.

We know you’re out there, and we want to celebrate you. That’s why Expedia polled 1,000 Americans to determine their favorite medium and small towns to visit in the U.S. They reviewed all the nominations and pinpointed the most frequently mentioned cities, towns, and villages to provide you with America’s favorite places to visit.

A new report “The State of Social Media in Canada 2017” by Ryerson University Social Media Lab reveals that 94% of adult Canadian internet users have at least one social media account. 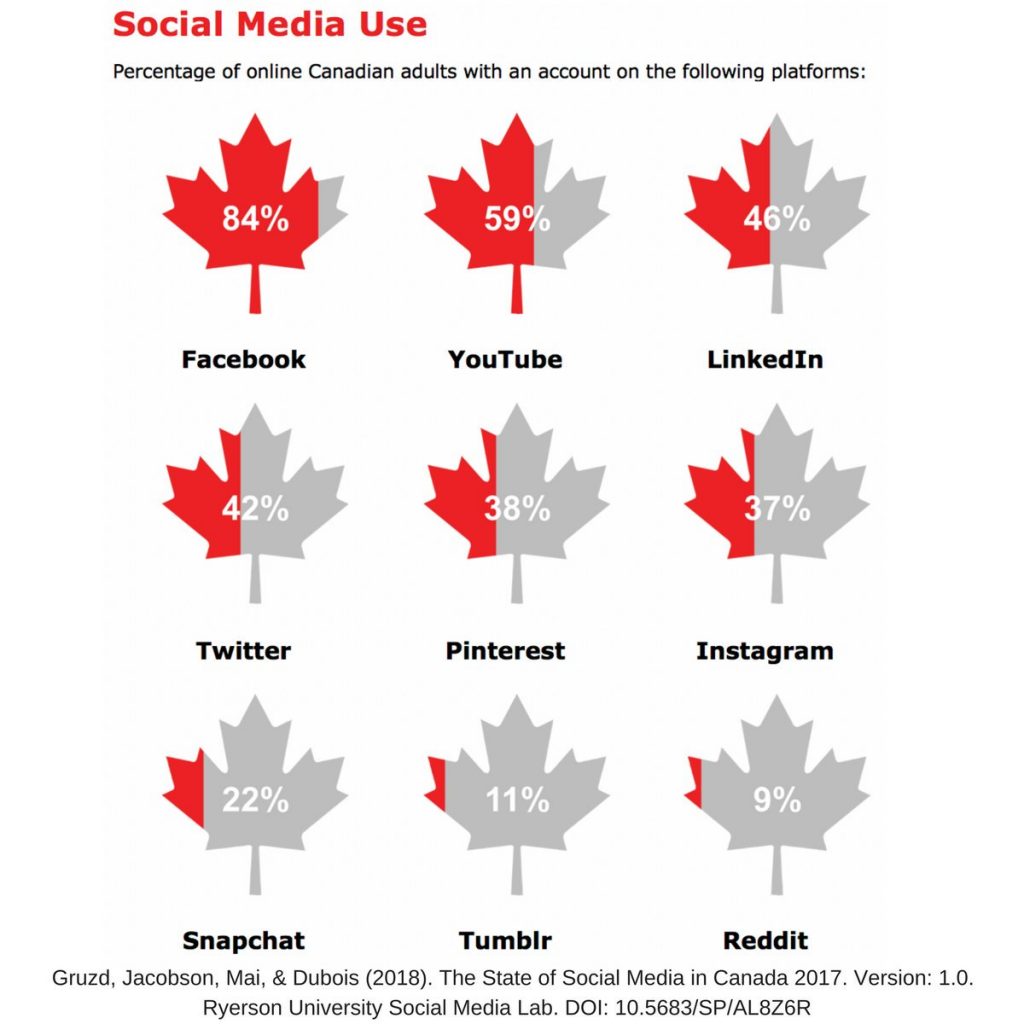