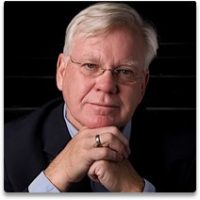 For the past 40 years, Steve Smith has made significant noteworthy contributions to research, cumulated knowledge of tourism from both demand and supply perspectives, professional development and education in the travel and tourism domain and industries in Canada and throughout the world.  He has also contributed significantly to the success of TTRA Canada as a well-respected national organization and through his work with the Canada Chapter of TTRA contributed to increasing the recognition of the Canada Chapter and tourism researchers in general in Canada

Steve obtained his Ph.D. from Texas A& M University in Recreation and Resources Development in 1973 and shortly thereafter joined the University of Waterloo where he spent most of his career. In 2014 he retired and joined us at the University of Guelph, where he is still an Adjunct Professor.

As a research-oriented academic, a major focus of his professional activity has been as an author of published books and academic journal articles.  Steve has produced more than 250 publications, including over 60 articles in top-tier journals, such as Annals of Tourism Research, Journal of Leisure Research, Tourism Economics, and Journal of Sustainable Tourism; 10 books in a span of 30 years, including the influential Tourism Analysis, the first major text to explore the tools and practices of tourism research; and 25 book chapters.  Steve’s 40 years of academic publishing achievements has led to his recognition as one of the world’s top tourism scholars, as borne out by his publication impact statistics: namely, 7517 citations and an h-index of 37. However, he has also been a prolific leader in applied tourism research technical expert studies and consulting and has produced, singly and in partnership with other technical experts, almost 100 client requisitioned reports.

If asked, Steve would say that he is most proud of his graduate students, who recognize him as an inspirational influence and a conscientious mentor. At last count, he has advised 88 Masters and 27 Doctoral students, some of whom have become leading academics in their own right.

Steve’s professional life has been driven by his thirst and quest for knowledge and understanding of tourism phenomena using a variety of analytical approaches and methods.  Steve’s methodological open-mindedness and flexibility is reflected in the breadth of his own research interests. While research methods is a prominent theme in this work, his publications span the areas of visitor profiles, tourism statistical systems, tourism satellite accounts, economic impacts, tourism policy, destination marketing organizations, and knowledge management, and culinary tourism. Throughout his career, Steve has consistently demonstrated an unfailing energy and commitment to excellence in travel and tourism industry and market research. One of his many gifts to the industry and academe is his dedication to analytical clarity and precision in the use of tourism methodological tools and terminology. 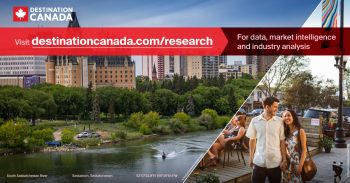